Ick Whan Kim is the founder and president of WOOJIN PLAIMM Co. Ltd. Established in 1985, the owner-run company is Korea's largest injection-moulding machine manufacturer and 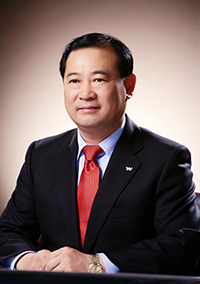 WOOJIN PLAIMM is the market leader in Korea and maintains close relationships with customers in Korea and Asia in general in the electrical and electronics, medical technology and automotive industries. As part of its global expansion policy, the company is opening up an increasing number of markets in America and Europe.

WOOJIN PLAIMM is characterised by a high value-added depth – nearly everything comes from a single source: From the foundry to mechanical processing to complete installation. Additionally, WOOJIN PLAIMM cooperates with a high-quality supplier chain around the world.

In autumn 2014, a new production facility with an area of around 700,000 m2 went into operation in Boeun-gun in Korea. The production capacity at the new site amounts to approximately 6,000 machines a year.

Operating worldwide, WOOJIN PLAIMM has a workforce of around 1,000 employees and generated turnover of USD 248 million in 2018. 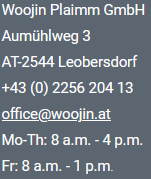 VALUE CREATOR FOR YOUR SUCCESS